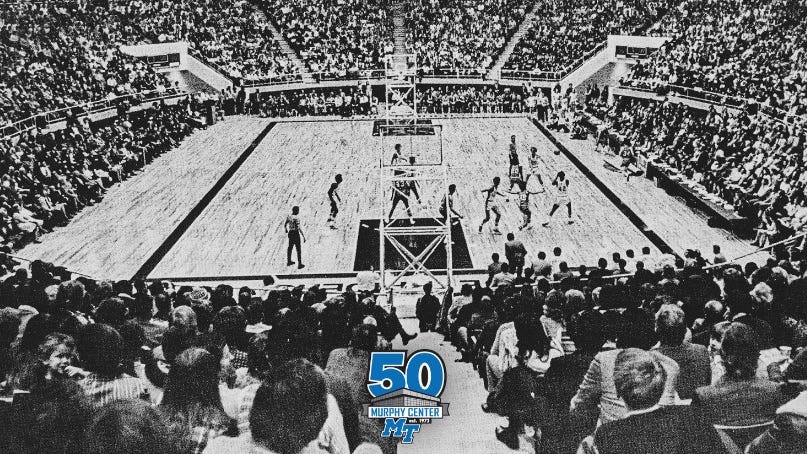 The Murphy Center opened 50 years ago when MTSU played Vanderbilt. Many of those who played in that game will return for the anniversary Dec. 15.
www.tennessean.com

I still have that program from my junior year. 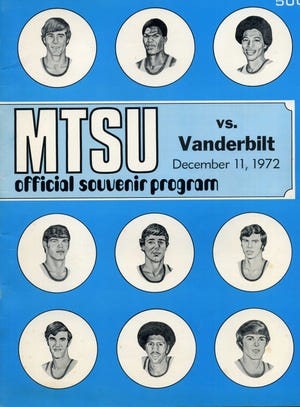 Shame we couldn't play Vandy again but at least it is a TN school.
Reactions: ewglenn and SpaceRaider

It's too bad vanderbilt basketball didn't want to be a part of this observation this season.
Reactions: MidTennMtneer 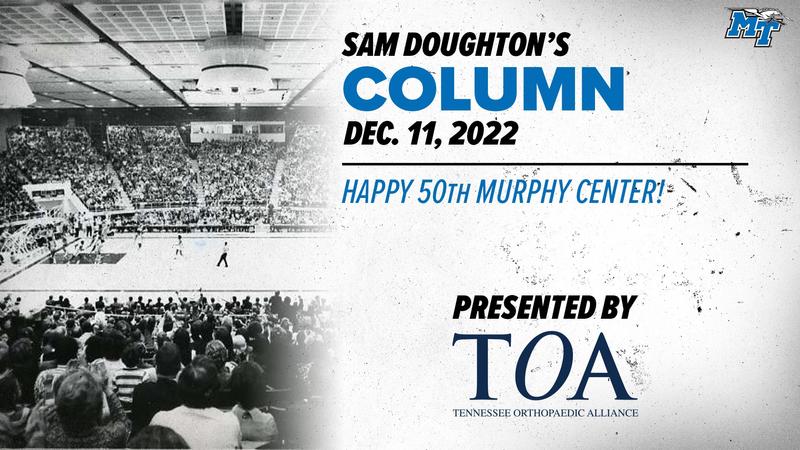 MURFREESBORO, Tenn. — I'm often struck by how the most innocuous quotes from my interviews are often the ones that stick with me the most. I had a great example

MURFREESBORO, Tenn. — I'm often struck by how the most innocuous quotes from my interviews are often the ones that stick with me the most. I had a great example

"...In a different timeline, one where Jerry Stackhouse's Vanderbilt team perhaps wasn't so...respectful of the team Nick McDevitt has put on the court in Murfreesboro, the Blue Raiders might very well be playing the Commodores on the Murphy Center court tonight. Instead, we'll celebrate the 50th anniversary of the Glass House a few days later against Chattanooga, on December 15..."

Searched but couldn't find online. Have to check again. Did see a MT gaiter though....modeled by Stock.
Reactions: C-Bow 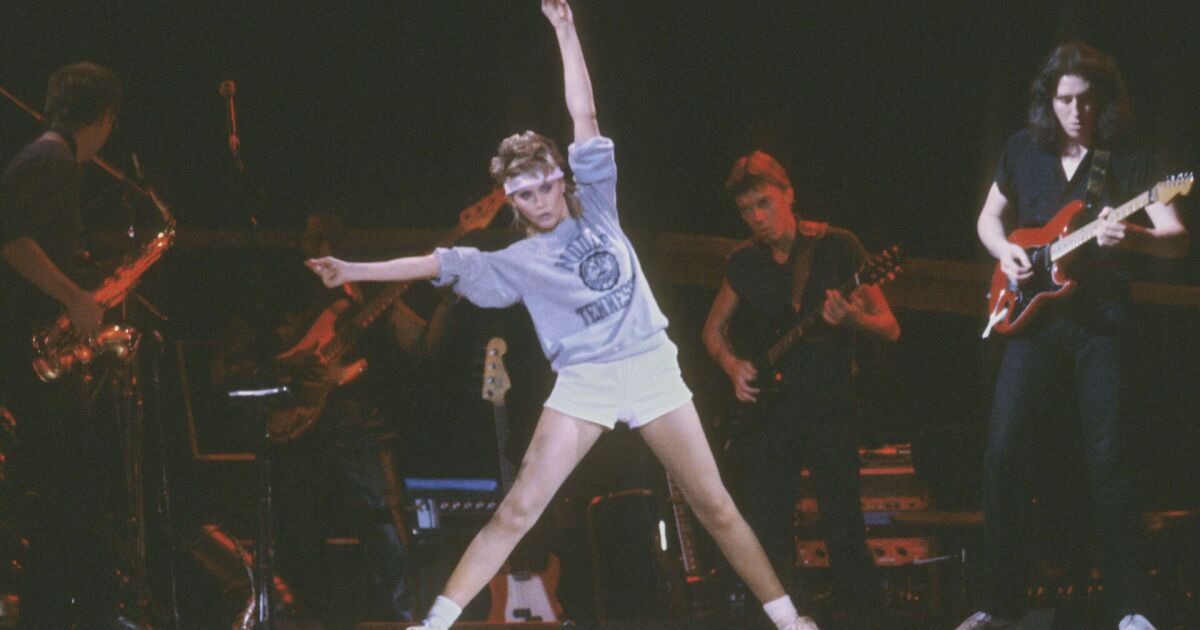 As MTSU's Murphy Center celebrates 50 years, we're looking back at the incredible concerts the venue hosted

Anyone else on here see Elvis at Murphy Center besides me?
Last edited: Dec 15, 2022
Reactions: JohnDavidBlue

MTLynn said:
Anyone else on here see Elvis at Murphy Center besides me?
Click to expand...

The real question is though, did you wear the Coach500 neck-gaiter to the concert?
Reactions: SpaceRaider and MTLynn

You beat me to the punch. I Was just coming over here to post the video. I ran it across it this morning, and I just watched it. I thought it was a really good video. I found interesting and enjoyable. I liked the history lesson of the development of the concept and early stages of the The Glass House.

Being that I arrived in the region in the late 80s, I had never heard of The Murphy Center or even Murfreesboro at that point. I soon heard all about it as the primary location of all the big concerts of the era for the entire region. Being the late 80s, there were tons of legendary concerts running through The Murphy Center. So, it was interesting and enjoyable to hear of those founding years in the 70s.

When I was new to the region back in the late 80s, The Murphy Center was the starting or focal point of my entire introduction to MTSU and Murfreesboro.
Reactions: MTLynn and MarJac23

MTLynn said:
Anyone else on here see Elvis at Murphy Center besides me?
Click to expand...

Saw him all 5 times as I was chairman of the special events committee that worked all concerts. Funny, in 1974 he performed in dark blue leisure type suit and was obviously carrying a lot of weight. When he returned in 1975 he had his standard white jump suite and looked to be 50 pounds lighter.
Reactions: JohnDavidBlue and MTLynn

You must log in or register to reply here.