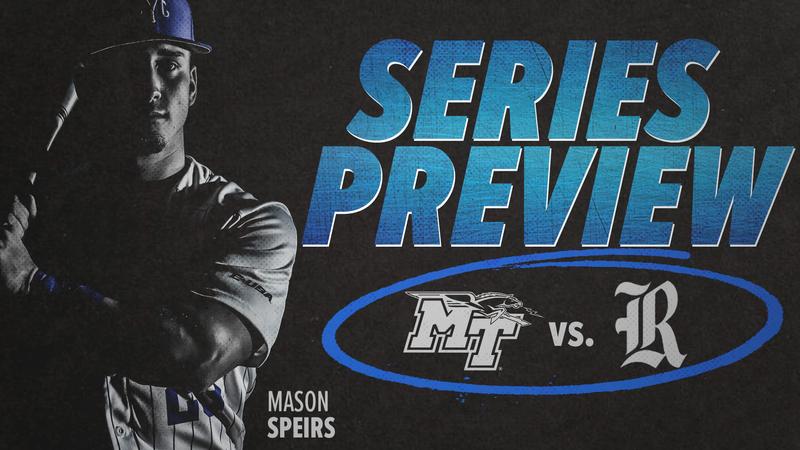 MURFREESBORO, Tenn. — The Middle Tennessee baseball team will play inside Reese Smith Jr. Field for the first time in since March 14th. The Blue Raiders are coming off a series split in their Conference USA opener last weekend at UAB and look to improve their conference record against Rice...

Aaron Brown with a CG. That young man is nasty on the bump.
Reactions: Raiders_55, C-Bow, FranklinRaider315 and 2 others

Since joining cusa have we ever won a series against Rice?
B

blue rai said:
Since joining cusa have we ever won a series against Rice?
Click to expand...

They lead the series 13-9 after today.
Reactions: SpaceRaider

Rice has traditionally been a great baseball program, not sure they're all that anymore.
B

SpaceRaider said:
Rice has traditionally been a great baseball program, not sure they're all that anymore.
Click to expand...

Wayne Graham was Tim Corbin years before Vandy’s rise to prominence. Both coaches used their school’s need based financial aid structure to supplement baseball scholarships. Once the schools had success on the field, they became baseball factories. This is a great advantage for private schools over public due to the baseball scholarship limits set by the NCAA. The coach still needs to be able to recruit and coach, but it’s why a Rice or Vandy can build powerhouse programs in baseball compared to the lack of success in other sports. Graham’s 20 yr run from 94-2014 is pretty remarkable.

I agree with you, I think Graham stayed a bit too long and the jury is out on Bragga being the right man at Rice. I don’t look at Rice as the same program it was 10 yrs ago.
Reactions: Hop45, SigmaNuBlue and SpaceRaider

The last game was just called a tie after 12 innings. I guess the plane wasn't going to wait any longer for the Rice players.
Reactions: SpaceRaider
T

Then Rice should lose.
You must log in or register to reply here.